THE ROLE OF WOMEN IN THE ART WORLD

When I look at art, I look at it as a form of expression devoid of the sex of the artist.

But the facts speak a different language, an urgency, an important impetus for the rediscovery of women artists. Women make up just under half of all artists nationwide (46 percent), comparable to their percentage of the U.S. workforce. But they are underrepresented in many artist professions. Some of the most famous female artists are 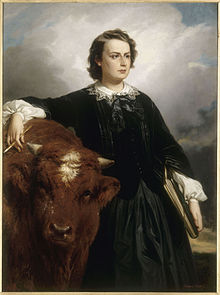 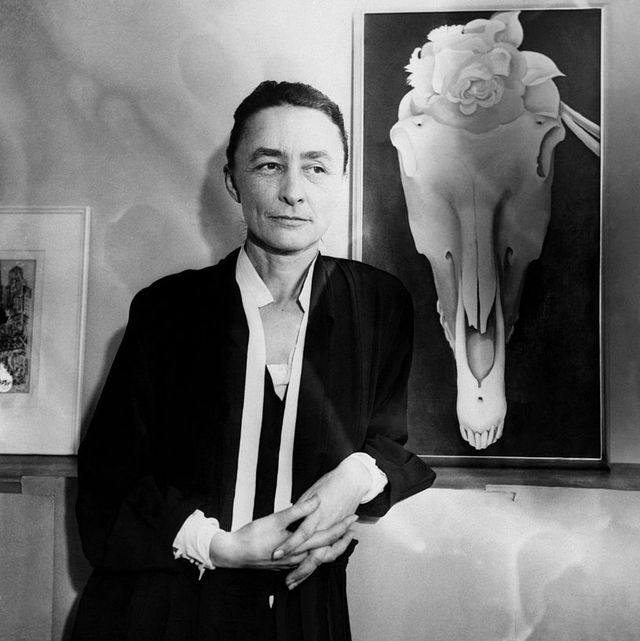 Throughout the centuries, women have been involved in making art, whether as creators and innovators of new forms of artistic expression, patrons, collectors, sources of inspiration, or significant contributors as art historians and critics. And throughout the history of art, women have often been represented as a subject rather than the creative force behind the artwork. However, they have continually played an important role in supporting their male counterparts and helping them to achieve stellar careers. Female artists are now finally gaining recognition and as a result, we are seeing a rise in the number of women represented by galleries and offered at auction.

One can always argue that women have played a pivotal role, in the enrichment of the arts. Strangely, their contributions always take the co-starring role when it comes to how mainstream media covers the world of art. Women in art are now the ones who’re creating meaningful and innovative works at their own freedom and creativity.

Although a work by a female artist hasn’t made it into the top 10 most expensive lots sold at auction yet, their prices are increasing. Jenny Saville broke a record in 2018 when her painting sold for $10,9 million in auction at Sotheby's London, earning her the title of the most expensive living female artist. Christie’s has set records for many female artists, including Yayoi Kusama, Louise Bourgeouis and Barbara Hepworth.

Women have always been artists, and there always have been glimpses of women’s art within male-driven societies. Even when it comes to the earliest works of art known to us, like the voluptuous Venus of Willendorf from 25000 B.C.E. and other small stone carvings, no one is certain if these works of art were created by women or men. On the other hand, objects like weavings and clothing have always been associated with women’s craft, Still, women artists faced difficulty in the centuries that followed.

But beginning in the 20th century, things began to change not only for women artists, but for women across the domestic and public spheres. A new women's movement, with an emphasis on the advocacy of equal rights, organisations devoted to women's interests, and a new generation of female professionals and artists transformed the traditionally male-driving social structure around the world. These social shifts, which began to emerge at the beginning of the century, developed further with the advent of World War I and expanding global unrest, propelling more women into the workforce and exposing them to social, professional, and political situations that had previously

been limited to men.

Despite being marginalized and side-lined by the male members of the group, artists like Helen Saunders and Jessica Dismorr pushed to be card-carrying members of the Vorticist movement. French painter Francoise Gilot forged a visual style and identity entirely her own despite being known mainly as Pablo Picasso’s lover and working in close proximity to major artists like Henri Matisse and Fernand Léger in the 1940s. Surrealist women painters and sculptors like Eileen Agar and Louise Bourgeois were iconoclasts in their explorations of mind and body, developing fluid, intimate, and openly sexual subject matter.

With a renewed sense of agency and confidence through their art, what issues have women artists chosen to address? Many women artists currently address personal and transnational issues of identity, exploring global and diasporic politics. The works of exile artists such as Mona Hatoum and Shirin Neshat tell stories of loss and insight through conflicting countries, cultures, and gender roles. Meanwhile artist Sonia Boyce’s film, photographs, and paintings bring racist stereotypes to light.

The project of seeking out women artists excluded from the canon has also encouraged a redefinition of art practices themselves, inviting us to rethink what we call the “decorative arts,” art, and performance art revolving around artists’ bodies. By encouraging scholars to seek out these forgotten women, the project continues on today. It is opening up beyond the Western canon to include women of color from around the world, women who help us understand that there is no one “female art” but rather that art shapes and is shaped by culture, that it conveys cultural ideas about beauty, gender, and power, and that it can be a powerful tool to question issues

of race, class, and identity.

Because we live in a fortunate time of history when women can now freely participate and become creators of art, we should further appreciate and celebrate their continuous contributions by being more supportive and constantly on the lookout for that next great woman artist.

The long and winding struggle of the women gender finally reached its peak as clearly, today’s finest artists consists of a large number of women, ranging from design arts, visual arts, cultural arts, to performance arts. Women aren’t only limited to being merely inspirational or model subjects of art; though we appreciate being aesthetic, women are now the ones creating art at their own freedom and creativity.

The art world is too often defined by manifestos and divided up into movements, eras and styles. Artists are too often categorized by gender, race, nationality and educational pedigree. We easily forget that art’s true value exists beyond such petty considerations.

The artwork of Louise Bourgeois confidently rises above classifications. Her aesthetic contribution earnestly inhabits a space that is both figurative and symbolic. It is grotesque and yet sublime. Her art work reflects domesticity, family, sexuality and death. One of her most appreciated portrait: Femme Maison depicts how a women's life is surrounded by the household. It portrays a women whose head is replaced with house throwing light on their mundane domestic life disconnected from the outer world. She has been honored by numerous awards. One of them being the National Women's Hall of Fame Award.

Frida Kahlo, a Mexican painter best known for her uncompromising and brilliantly colored self-portraits that deal with such themes as identity, the human body, and death. Although she denied the connection, she is often identified as a Surrealist. Her journey towards art embarked during her recovery when she met with an accident while she was heading for medical school. She has been renowned for her painting: The two Fridays (1939) where she has rendered a dual version of self. One of them depicts the 'unloved' side of her own as on the other side 'loved' version of Kahlo has been illustrated.

Amrita Sher Gill was an eminent Hungarian-Indian painter. She has been called one of the greatest avant-garde women artists of the early 20th century; and a "pioneer" in modern Indian art. She had been recognized for her oil painting "Young Girls" for which she was honoured with a gold medal and election as an Associate of the Grand Salon. Plight of women in the prevailing society was evidently reflected through her paintings. Government of India has declared her works as National Art Treasures. She was also known as India's Frida Kahlo for her revolutionary works.

Reena Saini Kallat : trapped in hyphens : Reena Saini Kallat, a visual artist, who is known far and wide for her thought-provoking pieces of contemporary art. She has exhibited her paintings on various international platforms. A wide range of her paintings were exhibited across Museum of modern art, Helsinki city art museum, National museum of Contemporary Art, Seoul, Tate Museum, London, Mori Art Museum, Tokyo and many more. She has been awarded by the Gladstone Solomon Award, Mumbai; Harmony award, Mumbai; Zee- Indian Women Awards in Arts and Culture category, Delhi;

Artist of the year- Hello! Hall of fame award. She has many more accolades to her name.

For ages, women have proved themselves with their diligence and skills that they are much more beyond what society has perceived them as through. It is discernible from the historical instances that if given opportunity and liberation to come out from the shackles, women can have limitless aspirations and reach wherever they never dreamt of.

BUILD ‘A CREATIVE ESCAPE’ IN 31 DAYS - THE INKTOBER CHALLENGE

Step by Step Guide to Sketching a Glass Bottle